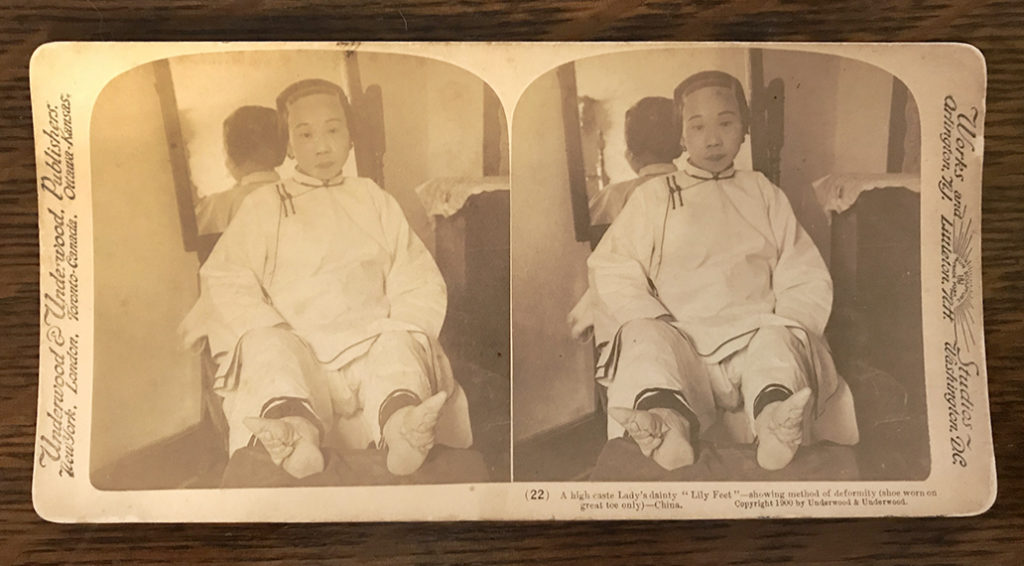 For nearly a thousand years, women in China were subjected to the practice of foot binding. The tradition began more than a thousand years ago during the Song Dynasty and continued into the early 20th century. Young girls’ feet were tightly wrapped, misshaping them over the years to achieve what was perceived as a status symbol and a mark of beauty. The process usually began between the ages of four and nine, and caused pain, infections, and difficulty in walking.